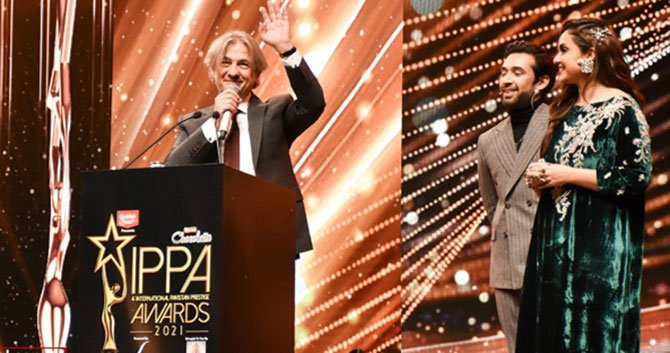 “Istanbul is close to our hearts,” Pakistan’s Sindh province Governor Imran Ismail said at the International Pakistan Prestige Awards held in the Turkish city, pledging to “provide a good platform” for Pakistani film stars. Big names in Pakistan’s film industry have dazzled the audience in the Turkish metropolis of Istanbul to honour its best. The fourth edition of the country’s star-studded International Pakistan Prestige Awards (IPPA) was held on Sunday evening. The ceremony was attended by Pakistani and Turkish officials, actors, directors and producers. Pakistani actors Adnan Siddiqui, Iqra Aziz, Meera Ji, Hania Amir and Sonya Hussyn were among the celebrities who attended the awards in addition to producers and other film industry staff from the South Asian nation.Imran Ismail, governor of Pakistan’s southern Sindh province, who was the chief guest on the occasion, said Pakistan and Turkey are “working to bridge the gap” in the film industry.”

“Pakistan and Turkey started this journey of love and solidarity ever since the Khilafat Movement,” Ismail told the audience, referring to help extended by Muslims of South Asia to Turkey during its war of independence after World War I. “Istanbul is close to our hearts,” he said to a rousing reception from the audience as the hall glittered with red and green colours while the national anthems of the two countries were played. “We take love from Istanbul when we return to our homes…We take inspiration from each other’s culture, and now we are trying joint projects in the film industry.” Ismail, a senior member of the governing Pakistan Tehreek-e-Insaf party, said the “stars of the Pakistani industry need a good platform.” “It is the responsibility of the government to provide such a platform for this honourable profession,” he said, adding “Pakistan and Turkey will together provide a good platform to our stars who are no less than anyone else in the world’s film industry.” He said exchange programs and joint projects in the film industry between the two countries “will help us learn, exchange experiences, surge viewership and reinforce our industry.”

Ahmet Misbah Demircan, Turkey’s Deputy Minister of Culture and Tourism, addressing the participants spoke on the historic relations between the two countries. Shanaz Ramzi, Public Relations Officer for IPPA, said that the event was held twice in the UK and once in Norway. The inaugural edition was held in London in 2017. “Because of our close cultural and historic ties with Turkey, the IPPA Awards had been scheduling the Istanbul edition for the past two years,” she said, but the coronavirus pandemic delayed the event until today. “The IPPA Awards showcases the positive side of Pakistan, and we would like our Turkish friends and counterparts to visit Pakistan like we are doing,” she said. Held on the banks of the Golden Horn, a major urban waterway in Istanbul, with “sweet” Urdu songs playing in the background, droves of Turkish and Pakistani big screen fans and Pakistani expats living in Turkey and their families were seen making their way to meet the visiting Pakistani actors and taking selfies and family photos with them. 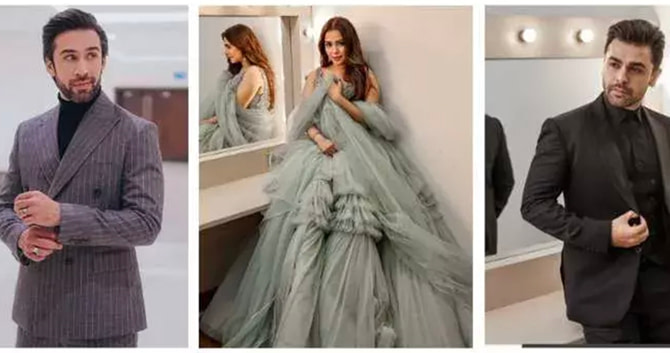